Social networking sites are not simple to build, and many sites went into this adventure without thinking all the way to the end. Plaxo for example failed to understand to problem and they reached their limit.

A social networking site present a technical problem, multi layer database. Each member has its own network (database) while all the system has its database. The bigger the system the bigger the problem it posses. Plaxo is one of those that reached its limit. as a result plaxo is limiting its users to 1000 connections (quite a ridiculous number) once you passed this number you cannot accept or send anymore invitation. oh don't worry they will keep asking you to invite but will not procceed. In may case the limitation was placed after i reached 2000 contacts and now i am completely unable to access plaxo, and the tech support admiited it is from reasons of functionality, and they want me to delete 1000 contacts, which i will not, it is an impossible demand but also an unfair one, because the user bothered and collected them, gave plaxo traffic now plaxo want the user to abandon them and leave them to the system only.
So if  you have a business network on Plaxo… start moving it somwhere else.
Ning is good, Marzar is good and any other network that will not limit you or block you later. 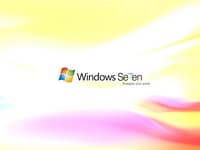