Open your Wi-Fi to the world

France has so few open wi-fi connections that its actually one of the most incommunicative countries in the world. Why ?  because the French tend to eat whatever the big companies feed them and they rather pay then check.

Most of the normal western countries have hundreds of open wireless networks wherever you go. It makes visiting there simple and easy, its good for business and saves money.

Not in France, the French has a beautiful and fast Internet connection but they keep it locked and secure and visiting everywhere in France makes the communication inpossible or very expensive. Cafes and Hotels tries to make some money out of the connection rather then the visitors. and McDonalds enjoys it as they opened their network.

French are locking their networks because the ISPs frightened them of phedophils. Ladies and gentleme yes phedophils can use your network but it doesn't and will not make you criminals because nothing is on your computers.

On the other hand you believe them and lock your networks and as a result they have more and more subscribers in expensive prices lock limit file sharing ability so that this big bandwidth is useless, with open networks you can use each other and cheaper, and still force the isps to reduce their costs.

And then you wouldn't have to pay for the cellular companies for the extremely expensive 3G "Internet anywhere" program.

If you don't know how to do it contact your ISP and get explanation if he say its impossible treat to leave. this will do the job ! 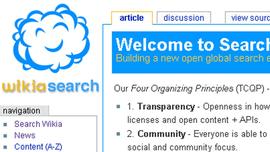