RACING 4 PEACE is a unique project, made of an Israeli Racing Driver and
a Palestinian Racing Driver, both dreaming of becoming professional racing
drivers.

Aric Lapter is an Israeli racing driver and also mechanical engineer
he had designed and built Israel first ever Formula racing car based
on British Formula Vee standards, while racing in Go-Kart in Mini-Israel, Latrun (between Tel Aviv to Jerusalem) he met Palestinian Go-Kart Champion : Rasheed Nashashibi, Rasheed spoke fluent English so Aric thought him to be American or British then Rasheed had put on his racing suit with the Palestinian flag on it, Aric loved the idea of the two would race each other and invited Rasheed to join him racing with his Formula Vee car for one racing season
in the UK, Rasheed accepted the Aric's offer and the two drivers
went to set up a unique racing team and project called:
RACING 4 PEACE.

Rasheed and Aric work together since 2006, test driving and training with
Aric's Formula Vee car in Israel, they even done a test in Formula 1 racing
circuit : Silverstone together on a Formula Vee car, racing Go-kart together,
they are receiving amazing media coverage with a documentary film following them
since 2006, the director of the film Mr. Omer Reis was invite to the 2007
Cannes Festival and the film will be broadcast in over 50 countries around the world
after the 2009 British Formula Vee racing season, Rasheed and Aric add also other
media coverage in Europe : by Dutch TV –  RTL, German TV ZDF, Italian TV RAI,
Jerusalem newspaper, German FAZ newspaper, Italian "il Giornale" newspaper,
London's Jewish community "THE Jewish Chronicle" newspaper and and
even CNN International.

With their unique team work, Rasheed and Aric are sending a peaceful message
for the middle east by showing great collaboration, they prefer doing then talking
together they managed to overcome many obstacles in the way, each one carries
his nation flag on the racing suit and car in pride, to show mutual respect and
to show they see themselves as equals. During the racing they intend to race in one
car, each driver at a time will bring to result for the team, they race for each other
and not against each other, they hope to inspire many other people in the area to follow their footsteps and work and collaborate together. Rasheed and Aric are the best PR (Public Relation) tool the middle east has got.

Now they set up a new and special web site that would help
them to raise funds for the 2009 British Formula Vee racing season,
in the new web site people can select a pixel area from the grid (which will later
be placed on the car as a sticker) each pixel cost 12$, upload their personal picture or their business logo, add a personal or business URL,  write a message to wish them luck, and pay trough Paypal which is a secure process.

You are welcome to support Rasheed and Aric by forwarding
their to your friends, journalist and media reporters are welcome
to cover the story. 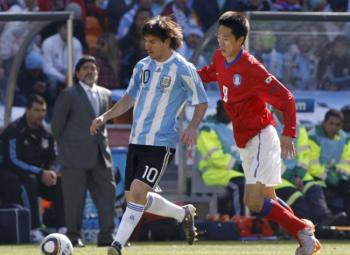