Looking for Lilith, by Eliezer Segal

After the Holy One created the first human being, Adam, He said: « It is not good for Adam to be alone ». He created a woman, also from the earth, and called her Lilith.

Neither listened to the other. When Lilith realised what was happening, she pronounced the Ineffable Name of G-D and flew off into the air.

Adam rose in prayer before the Creator, saying, « The woman you gave me has fled from me ». Immediately the Holy One sent three angels after her.

The Holy One said to Adam, « If she wants to return, all the better. If not, she will have to accept that one hundred of her children will die every day ».

The angels went after her, finally locating her in the sea, in the powerful waters in which the Egyptians were destined to perish. They told her what G-D had said, and she did not want to return.

Looking for Lilith, by Eliezer Segal

The feminist critique of conventional values has not overlooked the Jewish tradition. Whether or not one acknowledges the validity of all the charges that have been levelled against the treatment of women in Jewish law and theology, it is hardly possible to ignore these issues. As one who is normally sympathetic with feminist aspirations, I have often been disappointed with the scholarly standards of the debate, especially when it has been directed towards the classical texts of Judaism. In the course of polemical ideological exchanges, I find too frequently that sweeping generalisations are being supported by flimsy or questionable evidence, with a disturbing disregard for factual accuracy and historical context. As an example of this sort of scholarly sloppiness, I wish to discuss an intriguing Hebrew legend that has found its way into dozens of recent works about Jewish attitudes towards women.

The legend in question was inspired by the Bible's dual accounts of the creation of the first woman, which led its author to the conclusion that Adam had a first wife before his marriage to Eve. Adam's original mate was the demonic Lilith who had been fashioned, just like her male counterpart, from the dust of the earth. Lilith insisted from the outset on equal treatment, a fact which caused constant friction between the couple. Eventually the frustrated Lilith used her magical powers to fly away from her spouse. At Adam's urging, God dispatched three angels to negotiate her return. When these angels made threats against Lilith's demonic descendants, she countered that she would prey eternally upon newborn human babies, who could be saved only by invoking the protection of the three angels. In the end Lilith stood her ground and never returned to her husband.

The story implies that when Eve was afterwards fashioned out of Adam's rib (symbolic of her subjection to him), this was to serve as an antidote to Lilith's short-lived attempt at egalitarianism. Here, declare the feminists matronizingly, we have a clear statement of the Rabbinic Attitude Towards Women!

There is only one slight problem with this theory: The story of Lilith is not actually found in any authentic Rabbinic tradition. Although it is repeatedly cited as a « Rabbinic legend » or a « midrash », it is not recorded in any ancient Jewish text!

The tale of Lilith originates in a medieval work called « the Alphabet of Ben-Sira », a work whose relationship to the conventional streams of Judaism is, to say the least, problematic. The unknown author of this work has filled it with many elements that seem designed to upset the sensibilities of traditional Jews. In particular, the heroes of the Bible and Talmud are frequently portrayed in the most perverse colours. Thus, the book's protagonist, Ben-Sira, is said to have issued from an incestuous union between the prophet Jeremiah and his daughter. Joshua is described as a buffoon too fat to ride a horse. King David comes across as a heartless and spiteful figure who secretly delights in the death of his son Absalom, while putting on a disingenuous public display of grief. The book is consistently sounding the praises of hypocritical and insincere behaviour.

So shocking and abhorrent are some of the contents of « the Alphabet of Ben-Sira » that modern scholars have been at a loss to explain why anyone would have written such a book. Some see it as an impious digest of risque folk-tales. Others have suggested that it was a polemical broadside aimed at Christians, Karaites, or some other opposing movement.

I personally would not rule out the possibility that it was actually an anti-Jewish satire — though, to be sure, it did come to be accepted by the Jewish mystics of medieval Germany; and amulets to fend off the vengeful Lilith became an essential protection for newborn infants in many Jewish communities.

Eventually the tale of Lilith was included in a popular English-language compendium of Rabbinic legend, and some uncritical readers — unable or unwilling to check after the editor's sources and cited it as a representative Rabbinic statement on the topic . As tends to happen in such instances, subsequent authors kept copying from one another until the original error turned into an unchallenged historical fact.

Certainly there are volumes of real texts and traditions that could benefit from a searching and critical feminist analysis, and it is a shame to focus so much intellectual energy on a dubious and uncharacteristic legend of this sort. 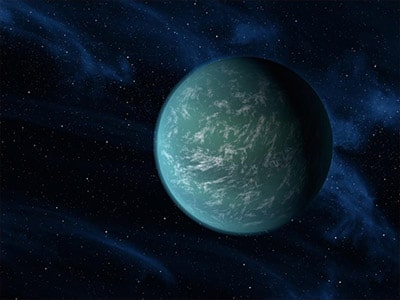